Who is afraid of Brexit?

Mare Forum and RMSC together with leading experts of the maritime industry will host an exceptional online panel to discuss the impact of a 'hard' or any sort of Brexit on the shipping industry. What opportunities or threats will come up for Rotterdam and other maritime hubs in Europe, and how will business change?
We will also discuss the advantages and disadvantages of the global maritime hubs, registries, flags, tonnage taxes, taxes, etc.

Seats for this event are graciously provided by our partner: Rotterdam Maritime Services Community. 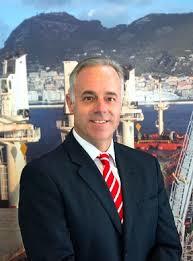 CEO of the U.K. Chamber of Shipping
Bob Sanguinetti was born and raised in Gibraltar. After graduating from Oxford University, he served in the Royal Navy for almost three decades, rising to the rank of Commodore. The former mariner served at sea and commanded several Royal Navy warships and a multinational coalition Task Group before working at the Ministry of Defence in a number of strategic roles. His last job in the military was as Head of Intelligence at the UK’s National Operations Headquarters in North London.

He assumed the role of CEO of the Gibraltar Port Authority in May 2014. During his tenure, the Port of Gibraltar saw a reversal of a downward trend in vessel traffic and activity in most sectors ( -8% (2013/4) to +17% (2016/7)) through a series of initiatives aimed at improving efficiency, strengthening relationships with the local port community, and driving through a robust marketing and engagement plan with international ship owners and operators. Mr Sanguinetti was elected to the board of the International Bunker Industry Association (IBIA) in 2016.

Most recently (Oct 17), and in recognition of his successful track record at the port, Mr Sanguinetti was seconded to the Office of the Chief Minister to carry out a maritime strategic review, and to lead on wider, Brexit-related contingency planning.

He is a Younger Brother of Trinity House; a Yachtmaster Offshore and a recipient of the French OBE equivalent (Croix de la Valeur Militaire). Married to Sylvia, they have three grown-up daughters and a very energetic springer spaniel (Tinto).
VIEW PROFILE

After graduating from Tilburg University in Fiscal Economics, Connie started with EY and has been working for EY for 15 years, the last three years as a tax partner in Rotterdam.

In the last 20 years she has published several articles in scientific fiscal magazines, mainly on the Dutch tonnage tax regime. 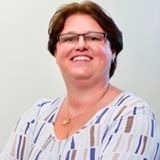 Co- Chair, Dutch Ship Owners Association
Karin Orsel (50) has been working in the Maritime Industry since the age of 18. At 23, Karin was one of the founders of MF Shipping Group, an organisation she has led as CEO and majority shareholder since 2001.

In 2009, she won the prestige Dutch ‘Female Entrepreneurship Award of the Year’ for her personal determination and drive in managing her business successfully, being well focused, ambitious and capable of achieving anything she sets her mind to.

In June 2016, MF Shipping Group was a joint winner of ISWAN’s International Seafarers’ Welfare Award: Shipping Company of the year 2016

In June 2017, Karin Orsel received an Honorary Doctor of Public Administration Degree of the Massachusetts Maritime Academy in recognition of her significant contributions to and impact on the maritime industry through her leadership, motivation and commitment to excellence as well as her active participation in numerous national and international organisations.
VIEW PROFILE 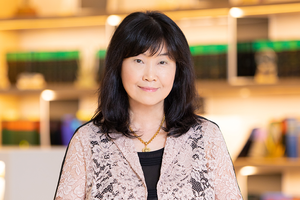 Partner, Ince
Rosita is a partner of the 150 years old international law firm Ince & Co. She has over 20 years of experience in transportation law (covering the sea, the land and the air), specialising in all aspects of dry shipping, aviation, logistics, insurance, international trade and personal injury law. She has won many awards and has been repeatedly voted by clients and commentaries as a leading lawyer.

She studied law in England and holds a Master of Law Degree from the London School of Economics and Political Science of the University of London with a Mark of Merits. She is admitted to practise in four jurisdictions, namely, England and Wales, Australia ACT, Singapore and Hong Kong.

She acts for international shipowners, charterers, ship managers, P&I clubs, ports and terminal operators, freight forwarders, cargo interest and logistic operators. She is a LMAA Support Member, advises and acts for clients in litigation in all levels of court and in international and domestic arbitration and mediation. Reported shipping cases include Fan Yun 203 (a Hong Kong High Court (Admiralty Court) case) which remains the authority on identification of Mainland China beneficial but not registered shipowners.

Rosita is a commercial litigation specialist in shipping, insurance and aviation. She has been for consecutive years recognised as a Leading (Band 1) lawyer for shipping litigation and insurance by Chambers Asia Pacific, and has been ranked by Legal 500 Asia Pacific for 20 consecutive years, since 2001 till now, as a Leading Individual in Shipping, which is a record. Notably, she was recently inducted into the Legal 500 Asia Pacific Hall of Fame.

Particularly well-known for her shipping related expertise, Rosita was ranked by legal directories and awarded various distinguished awards in the shipping arena:

“Integration of Women in the Maritime Sector” Award presented by Seatrade Maritime Awards in June 2019. She is the first outstanding female who received this award,

Ranked by Lloyd’s List twice as one of “The World’s Top Ten Shipping Lawyers” and one of the “Top 100 Most Influential Maritime Personnel in the World” twice, in 2010 and 2016. To date, she was the first and the only Chinese lawyer who obtained these awards twice,

In 2016, she won the Lloyd’s List Asia “Individual Maritime Lawyer of the Year” Award. She is also the first and hitherto the only Hong Kong and Chinese lawyer to win this award,

Won the “Best in Shipping” Award by Euromoney at their Asia Women in Business Law Awards 2014. She is also the first Hong Kong lawyer to win this Award,

She has been appointed to various public duties position, including, among others, the Maritime Development Council, the Hong Kong Maritime and Port Board. She is the honourable legal adviser of numerous maritime logistics associations.

She had chaired, moderated and spoken in international and regional conferences, forums, seminars, by invitation, in, among others, Canada, China, Denmark, England, Germany, Greece, Hong Kong, Japan, Korea, Singapore and Taiwan.
VIEW PROFILE 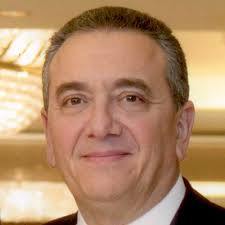 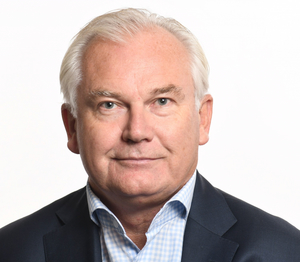 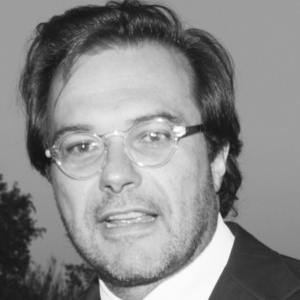 President & Managing Director, Phoenix Shipping & Trading S.A.
Mr. George D. Gourdomichalis was born in 1967 in London.
He attended Athens College and went on to graduate from the University of Massachusetts at Amherst with a BA in International Economics and a BA in Political Science.
He further earned an MSc in Ocean Marine Transportation Management from the Maritime Academy of the State of New York.
In 1989 he joined Republic National Bank of New York as a management trainee and worked on their trading floor. In 1992 he joined S.S. Maritime Inc. of New York, where he worked as a chartering and S&P broker and was responsible for commercial management of Baltmed Shipping Co.
In 1996 he returned to Greece and co-founded Gourdomichalis Naftiki Eteria S.A. In 2000 he co-founded Free Ships S.A. and in 2003 he co-founded Free Bulkers S.A. These activities were consolidated and in 2005 were successfully merged resulting in the public listing of FreeSeas Inc. on the NASDAQ Exchange. This shareholding was sold in January 2007 where upon he co-founded G. Bros Maritime S.A., he is currently CEO of Blue Wall Shipping and Phoenix Shipping & Trading S.A. George serves on the RINA Hellenic Committee, the Board of Directors of the American P&I Club and the Industry Advisory Board of the North American Merchant Ministries Association, he is President of the Board of Directors of the Piraeus Marine Club, member of the British Hellenic Chamber of Commerce responsible for the shipping industry, member of the Board of Directors of the Hellenic Chamber of Shipping and member of the Baltic Exchange.
VIEW PROFILE 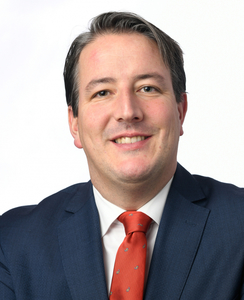