Why Companies Should Focus on the “B” Players

Oftentimes managers are quick to spot the top producers and spend majority of their time with them, but what about the employees who have the potential to become high potentials – aka the B players?

“B” players often account for majority of an organization's workforce, but they are often overlooked by management because they do not impact the bottom line as much as either a high or low performer would.

During this webinar, Tom Gimbel, founder & CEO of LaSalle Network, a national staffing and recruiting firm headquartered in Chicago, will outline characteristics of a "B" player to help identify who they are within the organization, discuss their impact on the bottom line, and how to manage them effectively so they can eventually become A players. 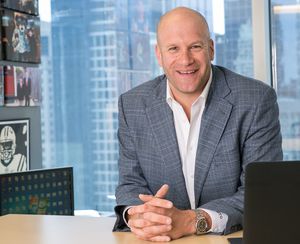 CEO
Tom Gimbel is the Founder and CEO of LaSalle Network, a national staffing and recruiting firm headquartered in Chicago.

Since the company’s inception, LaSalle has won more than 70 culture and revenue-based awards, some including: Glassdoor’s 2016 list of “Best Places to Work,” as the only staffing and recruiting firm and only Illinois-based company, Inc. Magazine’s “Best Workplaces” in 2016, Staffing Industry Analysts has named LaSalle Network one of the top five Best Staffing Firms to Work for in the country for the past six years (2011-2016), and recognized LaSalle Network on its national list of Fastest-Growing Staffing Firms for the past four years (2012-2015). Also, LaSalle has been named to the Inc. 500/5000 list of Fastest-Growing Private Companies in America for the past nine consecutive years (2007-2015) and Crain’s Chicago Business’ list of Best Places to Work in 2014, 2015 and 2016.

Gimbel individually has been recognized on Crain’s Chicago Business’ “40 Under 40” list, and was also inducted into the Chicago-area Entrepreneurship Hall of Fame.

Gimbel is a national expert on jobs, labor market trends, hiring, employee engagement and workplace culture. Gimbel is a contributor for Entrepreneur, Inc., and Fortune magazine, speaks at conferences and universities across the country, and is featured frequently on CNBC, TODAY, Fox & Friends, Fox Business Network, and in The Wall Street Journal, New York Times, Fast Company, Staffing Success Magazine, Crain’s Chicago Business, among others.

LaSalle Network specializes in executive search, accounting and finance, technology, administrative, call center, marketing, human resources, supply chain management and healthcare revenue cycle for temporary, temporary-to-permanent, and permanent roles. Since inception in 1998, LaSalle Network has grown organically in revenue every year, doubling in revenue every four years. Also, in an industry notorious for steep turnover rates, LaSalle Network has among the highest retention rates in the staffing industry with a less than a 5 percent voluntary turnover rate and 97 percent employee engagement rate.

Gimbel holds a bachelor’s degree from the University of Colorado and is on the Board of Directors of Ounce of Prevention, and on the Board of Directors of the American Staffing Association. Gimbel is also involved with Young Presidents’ Organization, American Staffing Association, and an active member of Economic Club of Chicago, Human Resources Management Association of Chicago (HRMAC), and the Society for Human Resource Management (SHRM).
VIEW PROFILE
Hosted By