Gain Expert Clarity on the Most Heated Debates in Conservatism Today

These are contentious times for conservatives.

It’s not all left versus right—there’s vigorous debate among conservatives, too.

Is conservatism really just a “dead consensus” or “zombie Reaganism”?

Have conservatives been wrong to focus so much on free markets and individual liberty?

. . . or was the Founding actually a root cause of our current problems?

Debate can be healthy. But some debates bring more heat than light.

How do you make sense of all this in today’s political climate?

McCarthy has made Modern Age a must-read forum precisely because he brings together thoughtful conservatives of all stripes. And he has become an in-demand commentator, writing for the New York Times and appearing on NPR, the BBC, and many other media outlets.

During this live episode of Conservative Conversations with ISI, McCarthy will shed light on the most heated debates in conservatism today—and show you how they can help us move forward.

Join us on* Thursday, June 4, at 7 p.m. ET* to hear McCarthy bring clarity to such issues as:

- is the conservative consensus dead—and if so what killed it?
- What should we make of new intellectual forces like national conservatism and post-liberalism?
- Which classic conservative thinkers speak most to our times . . .
- . . . and whose ideas are losing relevance?


Joining this online discussion gives you the chance to ask McCarthy your own questions—and get them answered in real time.

Plus, you could win a free subscription to Modern Age!

Everyone who watches this discussion live will be entered to win a one-year complimentary subscription.

This is your chance to receive the journal that historian Wilfred M. McClay calls “required reading for those who want to engage conservative thought at a high level”—completely free for one year. We’ll announce 10 winners at the end of the event.

Spots are limited, so reserve yours now. 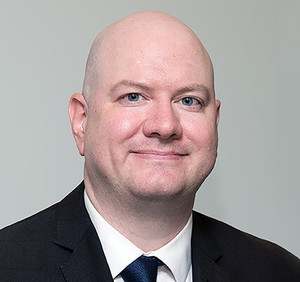 Editor of Modern Age
Daniel McCarthy is the editor of Modern Age and the director of the Robert Novak Journalism Fellowship Program at the Fund for American Studies. Previously he served as editor of the American Conservative. McCarthy is a columnist for Spectator USA and has written for the New York Times, First Things, USA Today, Reason, and the National Interest, among other publications. He has been interviewed on the BBC, NPR, the Fox Business Channel, and many other media outlets. An ISI alumnus, he edited an ISI Collegiate Network student newspaper as an undergraduate at Washington University in St. Louis.
VIEW PROFILE 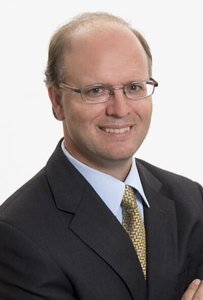 Senior Vice President, Educational Program
Jeff Nelson is Senior Vice President, Educational Program, for the Intercollegiate Studies Institute (ISI), in which capacity he serves as the Institute’s Chief Academic Officer. He holds a B.A. from the University of Detroit, a M.A.R. from Yale University Divinity School, and a Ph.D. in American history from the University of Edinburgh in Scotland. He first joined ISI in 1991 and served for more than a decade as editor of the Intercollegiate Review and as founding editor and publisher of the Institute’s press, ISI Books. Prior to returning to ISI in 2009, he was president of the Thomas More College of Liberal Arts and served on ISI’s board of trustees. Dr. Nelson is co-founder and vice chairman of the Russell Kirk Center for Cultural Renewal and treasurer of the Edmund Burke Society of America. He is the editor of several books, including Redeeming the Time by Russell Kirk, American Conservatism: An Encyclopedia, Perfect Sowing: Reflections of a Bookman by Henry Regnery, and Remembered Past by John Lukacs.
VIEW PROFILE
Hosted By