Register now to get ahead!

REGISTER
About This Webinar

The UCAT is a key criteria for gaining entry into medicine in the UK as well as Australia and New Zealand. But despite the fact that the test has existed for more than a decade in the UK, recent data show that Australian and New Zealand students are producing dominant results over their UK counterparts despite only having sat the test for two cycles.

The raw mark for 90th percentile for the UK was 2850 whereas for Australian students, it was 2920. Also, the difference at 95th percentile was even bigger. To score 95th percentile, UK students had to score 2960 whereas for Australian and NZ students, they had to score a staggering 3060. Australia and NZ candidates are able to perform much better in the same test due to one major factor: their prep strategies were exponentially more effective and efficient than those in the UK.

In this FREE 2.5 Hour Webinar, iCanMed Advisor Ray, will be going through the key differences between the two cohorts, common mistakes made by students at every step of the preparation process and how to plan out and optimise prep instead through two key concepts: effectiveness and efficiency.

The webinar will cover:

- Why Australian/New Zealand students dominate UK students in UCAT every year
- Three preparation truths that will unlock super effective and efficient preparation
- Revealing the top 10 preparation mistakes that 95% of UCAT candidates make every year
- Detailed breakdown of sections 1, 2, 3, 4 and 5 questions and how to solve them with a mini mock test

If you are serious about medicine, do not miss out on this webinar. Take our advice to put yourself ahead of others who are basically falling behind with every passing day.

When: Sun, Jun 27, 2021 · 12:00 PM · London
Duration: 2 hours 30 minutes
Language: English
Who can attend? Anyone with the event link can attend
Dial-in available? (listen only): No
Featured Presenters 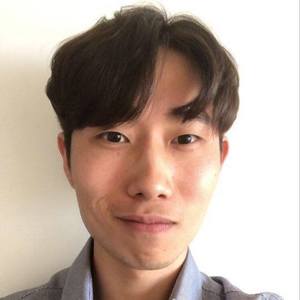 iCanMed Educational Advisor
Ray is an educational advisor for iCanMed. He regularly communicates with students and parents to provide the best advice and keep them updated on the rapidly changing realities of getting into medicine/dentistry across Australia and New Zealand.
VIEW PROFILE
Hosted By