The Covid-19 pandemic will give our global community some hard-won lessons on how to handle a crisis that perhaps could not be prevented, but rather be more prepared for. What does the financial industry need to understand in terms of crisis management, and what can be learned from the crisis of 08/09?

Ludo Van Der Heyden, Emeritus Professor Corporate Governance INSEAD and Peter Nathanial, Financial Services Crisis Management Leader and INSEAD Adjunct Professor, will guide us through how to properly manage this crisis, based on their extensive experience of corporate governance and crisis management and a newly released paper on “A Crisis Management Blueprint for COVID-19” https://knowledge.insead.edu/operations/a-crisis-management-blueprint-for-covid-19-13716 . Both speakers are also responsible for INSEADs Directors Banking Programme offered in partnership with the Europe Banking Association.

Please note that the webinar will be anonymous for participants, and no guest list will be distributed after the event.

You are welcome to send questions in advance by sending an e-mail to communications@fcg.se,. Please mark the subject line "FCG Crisis Management Webinar". 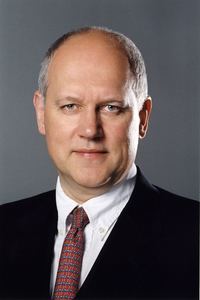 INSEAD Chaired Professor in Corporate Governance & Emeritus Professor of Technology and Operations Management
Ludo Van der Heyden has been Professor of Technology and Operations Management at INSEAD since 1988 and has been the INSEAD Chaired Professor in Corporate Governance since October 2010. He became Emeritus in September 2018.
He is the founding Academic Director of INSEAD's Corporate Governance Center and, with colleagues, co-founded the International Directors Programme, the Modern Governance in Banking and the Value Creation for Owners and Directors programmes. He directed the Advanced Management Program (INSEAD’s most senior general management programme, from 2000 to 2008), the INSEAD Zentrum Leipzig (1994-1999), was co-Dean of INSEAD (1990-1995), and also PhD Director & Associate Dean for Research (1989-1990).
Ludo Van der Heyden was the first (and only) holder of the Wendel Chair in the Large Family Firm, which initiated INSEAD's activities in family business and led to the creation of the Wendel international Centre for Family Enterprise at INSEAD. He also held the Solvay Chair in Technological Innovation and the Mubadala Chair in Corporate Governance and Strategy. He received several Outstanding MBA Core Teacher Awards, an Outstanding Service Award in Executive Education, and an Outstanding Contribution Award to Executive Education for his role in starting governance education at INSEAD. The INSEAD International Alumni Association named him Honorary Alumnus.
Ludo Van der Heyden earned the Mercurius Award from the Federation of Belgian Distributors for his work (with Professor Arnd Huchzermeier of WHU, Koblenz) on the introduction of the Euro. He received (with M. Pich and N. Harlé) the ECCH European Case Award 2003 for the Marks & Spencer and Zara case. With INSEAD colleagues, he is the recipient of the Family Business Network 2006 Research Award for the article Striving for Justice in Family Firms, as well as a co-author of Industrial Excellence, a book that identifies better manufacturing practices in French and German factories. His paper Why Fairness Matters, co-authored with Christine Blondel and Randel Carlock, was selected as one of the ten most influential papers of the International Commerce Review (2000-10), while the paper Business Model Innovation received the Outstanding Paper of the 2010 Academy of Management Conference (Section: Human Resource Management).
Before joining INSEAD, Ludo Van der Heyden was on the faculty of the School of Organization and Management at Yale University (1980-1988) and of the Kennedy School of Government at Harvard University (1978-80). He holds an Engineering Degree in Applied Mathematics from the Université Catholique de Louvain (1974) and a Ph.D. Degree in Administrative Sciences from Yale University (1979).
He has published in many journals such as Harvard Business Review, Strategy & Business, International Commerce Review, The European Finance Review, Family Business Review, the Journal of Economic Theory, Mathematics of Operations Research, Mathematical Programming, and the International Journal of Game Theory. His most recent publications are two reports on digitilisation entitled The Real Impact of Digital (2016) and Directing Digitalisation. Guidelines for Boards and Executives (2017)
He sits on the Supervisory Board of Naftogaz, which is the largest energy company in Ukraine, and is the Chairman of the Board of Seisquare, a software company for estimating natural resource reserves. He also is a member of the Advisory Board of Bencis Capital Partners and a co-founder of the Association des Plantes Aromatiques et Médicinales, which supports the restart of essential oils production in Milly-la-Forêt (near Fontainebleau).
Ludo Van der Heyden is the first Honorary Professor of the recreated Handelshochschüle Leipzig, from which he also received the Distinguished Service Medal in 2003. He is Honorary Vice-President of the Association Pôle Sud Paris which fosters economic development in the South Paris/Fontainebleau area. The King of Belgium appointed him Officer of the Order of Leopold in 1996.
VIEW PROFILE 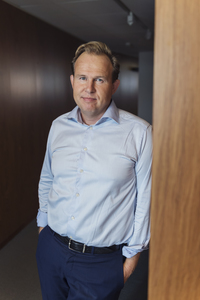 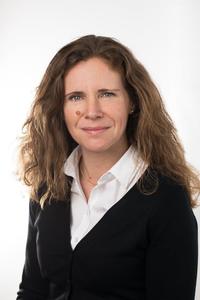