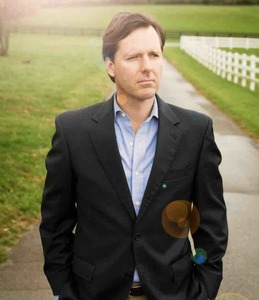 Founder & CEO, Edelen Renewables
Adam Edelen is a dynamic leader with a demonstrated record of accomplishment in both the private and public sectors.
Adam is the founder of Edelen Renewables, which has garnered significant attention for structuring innovative partnerships between coal interests in Appalachia and global renewable energy giants. One such project, nicknamed The Hatfield and McCoy Project, proposes the largest solar installation in Appalachia built by out-of-work coal miners on a mountaintop removal site and has been featured on CNN, SkyTV, Fast Company, The Wall Street Journal, ABC News Special with Diane Sawyer, and the award-winning documentary The Human Element.

As a chief of staff to former Kentucky governor, Steve Beshear, and later as the State Auditor of Kentucky, Adam earned a reputation as a modernizer and reformer in government. His efforts resulted in prison terms for corrupt politicians and school administrators, uncovered fraud and abuse in Kentucky’s nearly $3 billion system of “Ghost Government” (special taxing districts), and the testing of more than 3,000 previously unaccounted for rape kits..

Adam has been described in the media as “a man on a mission” and “a refreshing example of leadership”, and his record of accomplishments have garnered state and national recognition. He has been named the Outstanding Young Kentuckian and one of the Ten Outstanding Young Americans by the United States Junior Chamber Commerce, an honor previously bestowed upon presidents Kennedy, Ford, Nixon, and Clinton. More recently he has been honored by the Aspen Institute, the German Marshall Fund, and the Kentucky Rural Health Association.