Information session on MIT xPRO’s Robotics Essentials program (Webinar)
About
The convergence of the cloud, Internet of Things, rapid prototyping and other technologies, and the need for operational efficiencies driven by global competition have ushered in a new era: the age of robotics. The traditional place for robots, the factory floor, is seeing record numbers — 2.7 million robots worldwide, according to the International Federation of Robots. Further, the meteoric growth in artificial intelligence and the rise of human—robot interactions has increased the demand for professionals who can harness the massive power of automation.

Organizations need talent with the right combination of skills to bridge the technical aspects of robotics and the strategic imperative for business cases. MIT xPRO's Robotics Essentials program offers an immersive curriculum where you can strengthen your understanding of real-world robotic systems, human-robot interactions, and the very real challenges of implementing robotic systems in society.

Register for this informative webinar to learn more about the upcoming Robotics Essentials program from MIT xPRO. 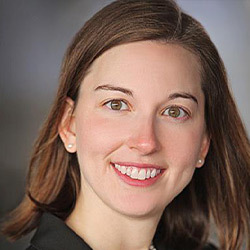 Julie Shah
Professor at MIT in the Department of Aeronautics and Astronautics, leads Interactive Robotics Group in the MIT Computer Science and Artificial Intelligence Laboratory
Julie Shah is Associate Dean of Social and Ethical Responsibilities of Computing at MIT, a professor of Aeronautics and Astronautics, and Director of the Interactive Robotics Group, which aims to imagine the future of work by designing collaborative robot teammates that enhance human capability. She is expanding the use of human cognitive models for artificial intelligence and has translated her work to manufacturing assembly lines, healthcare applications, transportation, and defense. Before joining the faculty, she worked at Boeing Research and Technology on robotics applications for aerospace manufacturing.

Prof. Shah has been recognized by the National Science Foundation with a Faculty Early Career Development (CAREER) award and by MIT Technology Review on its 35 Innovators Under 35 list. Her work on industrial human-robot collaboration was also in Technology Review’s 2013 list of 10 Breakthrough Technologies. She has received international recognition in the form of best paper awards and nominations from the ACM/IEEE International Conference on Human-Robot Interaction, the American Institute of Aeronautics and Astronautics, the Human Factors and Ergonomics Society, the International Conference on Automated Planning and Scheduling, and the International Symposium on Robotics. She earned degrees in aeronautics and astronautics, and in autonomous systems, from MIT. 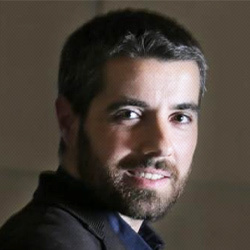 Alberto Rodriguez
Associate Professor of Mechanical Engineering at MIT, Class of 1957 Career Development Professor
Alberto Rodriguez is the Class of 1957 Associate Professor at the Mechanical Engineering Department at MIT. Alberto graduated in mathematics ('05) and telecommunication engineering ('06) from the Universitat Politècnica de Catalunya, and earned his PhD (’13) from the Robotics Institute at Carnegie Mellon University. He leads the Manipulation and Mechanisms Lab at MIT (MCube), researching autonomous dexterous manipulation, robot automation, and end-effector design.

Alberto has received best paper awards at conferences RSS’11, ICRA’13, RSS’18, IROS'18, and RSS'19, the 2018 Best Manipulation System Paper Award from Amazon, and has been finalist for best paper awards at IROS’16, IROS'18, ICRA'20 and RSS'20. He led Team MIT-Princeton in the Amazon Robotics Challenge between 2015 and 2017, and received Faculty Research Awards from Amazon in 2018, 2019 and 2020, and from Google in 2020. He is also the recipient of the 2020 IEEE Early Academic Career Award in Robotics and Alberto Rodriguez Automation.
You’re registered


Check your email for a confirmation and link to attend the live session.
REGISTER
Reserve Your Spot
View More Course Details
Powered by BigMarker