Inheritance and Influence: The Kingdom of the Lombards in Early Medieval Italy

Who were the Lombards? How did today’s ‘Lombardy’ get its name? The answers lie in the remarkable history of a Germanic tribe of Scandinavian origin known as the Longobards, who created a sophisticated kingdom in Italy that lasted from 568 to 774AD. James Hill will explore their history, remarkable buildings and some of the impressive objects which have survived.

The transition from late Roman to Medieval Italy is marked by successive waves of invasions: Huns, Goths, Vandals, Byzantines all tried to control the peninsula until the Lombards arrived to impose order, led by Alboin. Their successful invasion was centered on Pavia, north of the River Po, and led to the creation of a number of ‘ducal’ cities across northern Italy and parts of the southern peninsula, reaching a level of unprecedented influence under their greatest leader, Liutprand. Visual evidence ranging from early ‘Romanesque’ architecture to decorative schemes and precious jewelry attest to a sophisticated culture which absorbed Roman and Byzantine ideas beyond their Germanic inheritance. They were defeated by Charlemagne and absorbed by the next major power, the Kingdom of the Franks, with a few of their ‘duchies’ surviving in the south until they too were defeated by the invading Normans of the 11th century

Who can view: Everyone
Webinar Price: £10.00
Featured Presenters 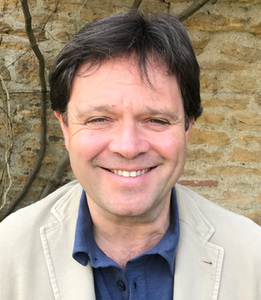 James Hill is our long-standing Italian, US and Caribbean tours director. British born, he has been resident in Italy for over 28 years where he studied politics. An authority on travel and culture in Italy, he lives near Rome and has a background in travel writing and television production where he worked on around sixty cultural programmes and documentaries on Italy.
VIEW PROFILE
Hosted By