Already famed in his own lifetime for his distinctive paintings of hell scenes, monsters and his genre-like allegories, Bosch has intrigued viewers for centuries. Yet although his subject matter sets him apart from more mainstream artists, he was far from out of touch with contemporary developments, and in some respects ahead of them, notably in his remarkable treatment of light, his sensitive depictions of nature, and his unconventional painting technique. Looking at works such as the Garden of Earthly Delights, the Temptation of St Anthony and the Prado Adoration of the Magi, we shall explore not only Bosch’s fascinating imagery but also what makes him one of the greatest early Netherlandish painters. 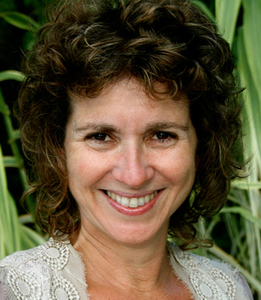 Paula Nuttall is an art historian specialising in the Renaissance. She gained her PhD at the Courtauld Institute, on artistic relations between Flanders and Italy, a field in which she is an international authority. She began her lecturing career at the British Institute of Florence. Paula is Course Director of the V&A Medieval and Renaissance Year Course, and an Associate Lecturer at the Courtauld. She also lectures for the Arts Society (formerly NADFAS), the Royal Collection and the Art Fund. In 2013 she co-curated the exhibition Face to Face: Flanders, Florence and Renaissance Painting at the Huntington Art Collection in California and collaborated on the 2020 exhibition Van Eyck: an Optical Revolution at Ghent. Her numerous publications include From Flanders to Florence: the Impact of Netherlandish Painting, 1400-1500 (Yale University Press, 2004) and a chapter on the Northern Renaissance for the Oxford Illustrated History of the Renaissance.
VIEW PROFILE
Hosted By