Securing the Littoral Border: Understanding Threats and Challenges and Solutions for Maritime Borders

Coastline borders present huge security challenges for the border community. With dramatically varied terrain from mountains and cliffs to beaches and swamps. There are estimated to be 1.16 million kilometres of extended coastline globally, with multiple million lonely bays, inlets, estuaries and Islands that can all be exploited by terrorists, illegal migrants, drug and arms smugglers, human traffickers and organised crime.

The number of ways bad actors can penetrate our borders is also increasing. In addition to the more commonly used methods of smuggling people, drugs and contraband, such as commercial shipping, ferries, pleasure craft, speedboats and light aircraft. In the US in particular, there has been an increase in the numbers of submersibles and semi-submersibles being used to smuggle drugs. Indeed, it was recently reported that the first ‘detected’ drug carrying submersible has reached Europe from South America. Making submersibles not just a regional problem, but a global border threat.

Also, below the surface, swimmers and scuba divers, with or without diver propulsion vehicles, remain a constant threat, and increasingly capable commercially available unmanned underwater vehicles are a rapidly emerging threat to the integrity of our borders.

And last but not least, drones are probably the most significant emerging threat. Cheap, easy to operate, readily available and with ever greater payload capacity, drones are a major concern going forward.

Whether it is securing littoral borders against terrorists, people traffickers or smugglers, the challenge is truly three dimensional! 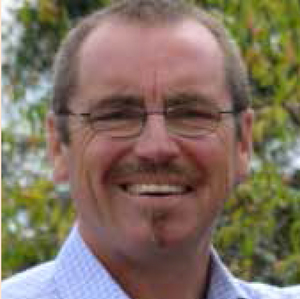 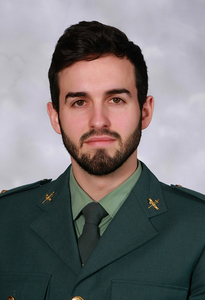 Chief Officer of Risk Analysis Unit, National Coordination Centre/EUROSUR, Spain
Lt. Pablo Rojo Fernández is the Chief Officer of the Risk Analysis Unit of the National Coordination Centre (NCC Spain) in the framework of EUROSUR. He studied in the General Military Academy of the Spanish army placed in Zaragoza and also in the Officers Academy of Guardia Civil in Aranjuez. He holds a degree of Engineering of Security and a Master in Operational Management of Security from Carlos III University of Madrid. Among other achievements, he has participated in the Frontex Joint Operation Indalo 2019 and 2020 in his current position, in the Joint Operation Canary Islands and he has been a trainer for the project PROTEGER for migrant interviewers in the framework of Operation Turquesa II of Interpol.
VIEW PROFILE 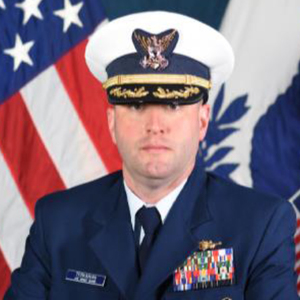 Chief of our Drug and Migrant Interdiction Division, U.S. Coast Guard Office of Law Enforcement Policy
Commander Donald M. Terkanian, Jr. has served as the Chief of Drug and Migrant Interdiction in the USCG Office of Maritime Law
Enforcement since September 2020.
He has served more than 11 years at sea in six cutters, commanding four of them. He began his afloat career as Deck Watch Officer in USCGC CAMPBELL (WMEC 909), then subsequently commanded USCGC MANOWAR (WPB 87330), USCGC AQUIDNECK (WPB 1309), and USCGC JEFFERSON ISLAND (WPB 1340). He then served as Executive Officer in USCGC SENECA (WMEC 906), and most recently commanded USCGC BEAR (WMEC 901). He led missions in a wide variety of operational disciplines and geographic areas, including fisheries enforcement in New England, drug and migrant interdiction in the Caribbean and Eastern Pacific, maritime security operations in the Northern Arabian Gulf in support of Operations IRAQI FREEDOM and ENDURING FREEDOM, and port security in the Gulf of Mexico in the years immediately following the 9/11 terrorist attacks. In between afloat tours, Commander Terkanian served as Search and Rescue Controller and Command Duty Officer for the First Coast Guard District in Boston, Massachusetts, as the Deputy Chief of Atlantic Area Cutter Forces, and commanded Training Team East in Portsmouth, Virginia.
Commander Terkanian received his commission from the U.S. Coast Guard Academy in 2000. Personal awards include three Meritorious Service Medals, three CG Commendation Medals, the 911 Transportation Medal, three CG Achievement Medals, and the Iraq Campaign Medal.
CDR Terkanian has served for nearly 21 years in the US Coast Guard (USCG). He has spent more than half of this time in Coast Guard Cutters, patrolling areas of the world including the Gulf of Mexico, Coastal New England and Georges Bank, the Caribbean Sea, the Eastern Pacific Ocean, and the Arabian Gulf. His current duties as Drug and Migrant Interdiction Division Chief include, among others, strategic development and execution of USCG interdiction policy, and facilitation of US Government inter-
agency coordination in complex interdiction cases.
VIEW PROFILE 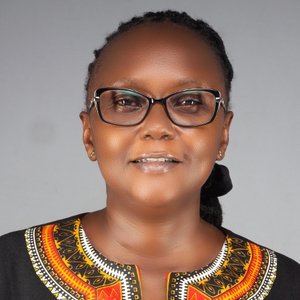 Director Enforcement and Emergency Response, Kenya Coast Guard Service
Joyce Marangu Awino, Director Enforcement and Emergency Response at the Kenya Coast Guard Service is a maritime expert who also has served as a Research and Business Development Officer with the Kenya Maritime Authority. Ms. Awino holds a MSC in International Trade Policy and Trade Law from Lund University, post-graduate diplomas in Executive Maritime Management and Maritime Law from the World Maritime University and Post Graduate Diploma in Strategic and Security Studies from the University of Nairobi amongst others. She is also a member of the Association for Women in the Maritime Sector in East and Southern Africa (WOMESA Kenya) and is the current Vice Chair.
VIEW PROFILE
Hosted By