[TEST] Aug. 31: Is China Uninvestable?
About
China has been in the midst of major upheaval. Join Reshma Kapadia, associate editor, and Victor Liu, a fundamental senior research analyst at Causeway, for a deep dive into China and investing.

Reshma Kapadia
Associate Editor, Barron's
Reshma Kapadia is an associate editor at Barron's, where she has been writing about investing, retirement, and emerging markets since 2012. Before that, she covered a range of corporate and financial news for SmartMoney magazine, Reuters, and Bridge News. 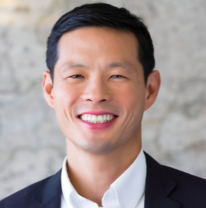 Mr. Liu worked on First Pacific Advisor’s (FPA) international value strategy from 2013 to 2015. From 2005 to 2013, he was a member of the Causeway team as a research analyst and rejoined in 2015. From 2002 to 2004, Mr. Liu worked in Merrill Lynch’s investment banking group as an analyst for mergers & acquisitions and corporate finance. From 1999 to 2001, Mr. Liu worked at McKinsey & Company as a business analyst assisting clients with strategic issues.


This webinar has ended.
REGISTER
All Barron's Events webinars
Powered by BigMarker