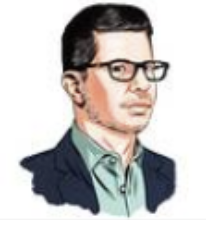 Ben Levisohn
Deputy Editor, Barron's
Author of the Trader Column & Deputy Editor at Barron's. Ben is a former stock trader who has covered financial markets for The Wall Street Journal, Bloomberg, and BusinessWeek.

Lori Calvasina
Managing Director & Head of U.S. Equity Strategy, RBC Capital Markets
Lori Calvasina joined RBC Capital Markets as Head of U.S. Equity Strategy in 2017.
Prior to joining RBC, Lori was a senior equity strategist at Credit Suisse from 2010 to 2017, covering Small/Mid Cap Strategy from 2010-2014 and both Small/Mid Cap and US Equity Strategy from 2015-2017. She spent the first ten years of her career at Citi in a variety of roles including lead Small/Mid Cap Strategist from 2007-2010. In both 2008 and 2009 Lori was ranked #2 in the Small Companies category in the Institutional Investor All America Research team poll. In 2019 and 2020, she was named Runner Up in the Portfolio Strategy category. Lori is a graduate of the University of Virginia’s Government & Foreign Affairs’ Honors Program. At UVA she was also a Lawn Resident, one of the University’s highest honors. Lori currently resides in Brooklyn with her husband and sons, and is originally from Alabama.
You’re registered