May 25: Managing Your Money—The Value Edition
About
Value stocks are rebounding after 15 years of languishing. What does this mean for your portfolio? Join Beverly Goodman, editorial director of investing and asset management for Barron's, for a conversation with Laura Geritz, who manages Rondure Global Advisors, and Barron's associate editor Reshma Kapadia about the new approach to value—why it may be different from what you think, how it's changed, and what "value" means in today's market.

Beverly Goodman
Editorial Director, Barron's
Beverly Goodman is editorial director of investing and asset management at Barron’s. She has covered investing, markets, taxes, retirement, and other personal-finance topics for 25 years at Money, Smart Money, TheStreet.com, Red Herring, and other publications.

Reshma Kapadia
Associate Editor, Barron's
Reshma Kapadia is an associate editor at Barron's, where she has been writing about investing, retirement, and emerging markets since 2012. Before that, she covered a range of corporate and financial news for SmartMoney magazine, Reuters, and Bridge News. 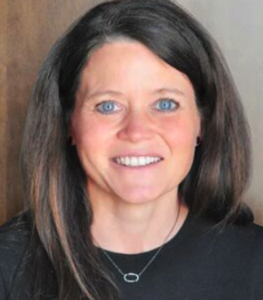 Ms. Geritz began her financial career in 1998 at American Century Investments as a bilingual investor relations representative. She moved to the investment team in 1999 where she worked as a US Mid/Large Core and Global analyst. In 2004 she joined Mellon Corporation as a senior analyst working on US small- and micro-cap funds.

Laura has lived in Japan and speaks Japanese. She is an avid reader. Laura and her husband, Robb, enjoy traveling the globe, and working with children’s charities locally and globally.


This webinar has ended.
Register To Watch Recording
All Barron's Events webinars
Powered by BigMarker