Mar. 15: MarketWatch - Women, Their Retirement Security and What To Do If You Feel Behind
About
Men and women do not approach retirement savings the same way -- aside from different investing behaviors, women have historically earned less because of the gender wage gap, or left the workforce mid-career to care for their children or elderly loved ones. Join MarketWatch's retirement reporter Alessandra Malito and Cindy Hounsell from the Women's Institute for a Secure Retirement as they discuss women's retirement security and what can be done to prepare for the future. 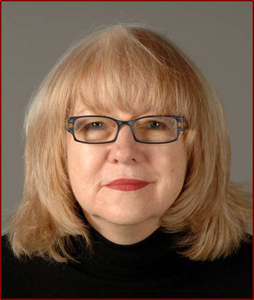 Cindy Hounsell, JD
President and Founder, Women’s Institute for a Secure Retirement (WISER)
Cindy Hounsell is the President and Founder of the Washington D.C. based Women’s Institute for a Secure Retirement (WISER), an attorney and retirement expert, Ms. Hounsell has been widely quoted in various media and publications including The New York Times, The Wall Street Journal, Forbes/PBS Next Avenue, Barrons, U.S. News and World Report, CNN, CNBC and NPR’s 1A, All Things Considered, Morning Edition and Marketplace.

Ms. Hounsell also serves as Director of the National Resource Center on Women and Retirement; the Center WISER operates in partnership with the U.S. Administration on Aging. Through the work of the Center, Ms. Hounsell provides technical assistance to national organizations and trains leaders and grassroots advocates across the country.

Ms. Hounsell has testified before Congress and has served as a delegate for a number of White House summits and conferences. She has authored many chapters, columns, articles, op-eds, papers and booklets focused on women’s retirement issues.

Ms. Hounsell was awarded a lifetime achievement award by the Plan Sponsor Council of America in 2018 and she was also named an Influencer in Aging by PBS- Next Avenue in 2015. The Influencers in Aging list highlights thought leaders, researchers, experts, executives and everyday people who are redefining what it means to grow older in America. Ms. Hounsell was named by Women's eNews as one of 21 Leaders for the 21st Century, and Money magazine named her one of its 40 Money Heroes for helping women secure their financial futures. The Plan Sponsor Council of America awarded her with its Lifetime Achievement Award.

Alessandra Malito
Retirement Reporter, MarketWatch
Alessandra Malito is the retirement reporter at MarketWatch, where she covers Social Security, savings and investing for any age, aging and the latest trends and legislation in the industry.
You’re registered