The Vote – Race Vs. Sex: The Beginning of the Struggle

The Vote – Race Vs. Sex: The Beginning of the Struggle

Join the New Jersey Women Vote Initiative for a pre-release virtual viewing party of an excerpt from The Vote, a new four-hour, two-part documentary series by PBS’s American Experience. This compelling series tells the dramatic story of the epic crusade waged by American women for the right to vote. Focusing primarily on the movement’s final decade, the series charts American women’s determined march to the ballot box, and illuminates the myriad social, political and cultural obstacles that stood in their path.

The clip from the series we will view is “Race Vs. Sex: The Beginning of the Struggle” (19 Minutes). It investigates how the conflict over slavery exploded into civil war, and suffragists made tough decisions to set their own agenda aside to help secure rights for those who had been enslaved, expecting that it would quickly lead to equal voting rights for all. Instead, suffragists were asked in 1869 to support the 15th Amendment, which extended federal protection for the franchise only to African- American men. The question of compromise, once introduced, quickly became a wedge and self-interest, fair game.

Following the viewing, Sara Cureton, Executive Director of the New Jersey Historical Commission, will host a vibrant discussion with historians Dr. Ann Gordon and Dr. Bettye Collier-Thomas. This event is FREE. Registration is required to receive the URL link to access the virtual event. 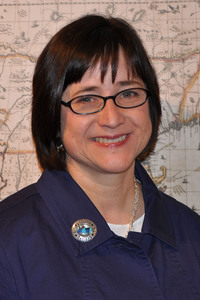 Executive Director, New Jersey Historical Commission
Sara Cureton joined the staff of the New Jersey Historical Commission (NJHC) in 2004 and now serves as its Executive Director. She also holds the position of director of the New Jersey Cultural Trust, a title she assumed in 2008. She oversees funding programs totaling $3 million that support cultural organizations and activities across New Jersey and beyond. The NJHC also offers a variety of programs in New Jersey history, including an annual conference, professional development training, and an online journal, New Jersey Studies: An Interdisciplinary Journal.
VIEW PROFILE 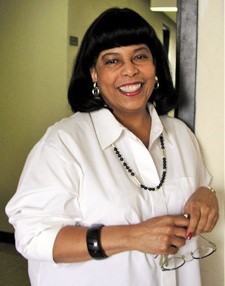 Professor, Temple University
Bettye Collier-Thomas is Professor of History at Temple University. She earned the PhD from George Washington University and has taught at Temple since 1989. She served as the inaugural director of the Temple University Center for African American History and Culture (1989-2002). Appointed by Joseph Duffy, head of the National Endowment for the Humanities, as a Special Consultant to the division of Public Programs (1977-1980), she developed NEH’s first program of technical assistance to black museums and historical organization; became a founder and officer of the National Association of Black Museums and organized the” First National Conference on Black Museums.” She is also the founder and served as the first executive director of the Mary McLeod Bethune Memorial Museum and the National Archives for Black Women’s History (designated by Congress a National Historic Site and now managed by the National Park Service). With the support of NEH, Collier-Thomas organized the much praised conference — “Black Women: A Research Priority: The First National Scholarly Research Conference on Black Women in America,” which was held in Washington, D.C., November 12-13, 1979.
VIEW PROFILE 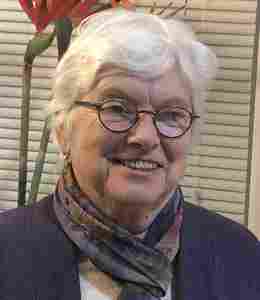 Research Professor Emerita of History, Rutgers University
Ann D. Gordon is Research Professor Emerita of History at Rutgers University. She has studied
the movement for woman suffrage for nearly four decades as an author, editor, and lecturer. Her
six-volume edition of the Selected Papers of Elizabeth Cady Stanton and Susan B. Anthony was
published from 1997 to 2013. Toward celebrating woman suffrage at this centennial, her essay
on the 19 th Amendment appears in the National Park Service’s website publication, 19th
Amendment and Women's Access to the Vote Across America ; she served as a historical advisor to the National Archives in preparing its suffrage centennial exhibit, Rightfully Hers.
VIEW PROFILE
Hosted By