Live Landing Page: You have been invited to be a guest presenter
Edit Profile
Special Offer: Get 50% off your first 2 months when you do one of the following
Personalized offer codes will be given in each session
Attend a group training Schedule a 1-on-1 guided demo Watch a demo video

Join API’s Executive Director Lucienne Beard for a lively conversation about food and the women’s suffrage movement with Dan Macey, food stylist, food historian and president of the Historic Foodways Society of the Delaware Valley. Dan will share suffrage cookbooks and how they were used to promote women’s right to vote. He’ll also test some of the recipes offered in the books. This unique event will address how suffrage organizations in the United States and England published cookbooks, partly to raise funds and also to refute the prevailing notion “that suffragists are not domestic loving creatures.” In 1887, The New England Farmer noted that the first suffrage cookbook “is a real housekeeper’s book, and bespeaks an active interest in the kitchen by those who have sent the recipes, some of which are original.”

Suffragist and equal rights activist Alice Paul is known for hunger strikes rather than culinary exploits, but food plays a role in her personal story and that of the National Woman’s Party. Lucy will share anecdotes from Alice Paul’s life centered on food, and stories that reveal lesser known aspects of Alice’s personality.

Though this program is free, please consider donating when you register. All donations will be divided evenly between the Alice Paul Institute and the Historic Foodways Society of the Delaware Valley.

Who can view: Everyone
Webinar Price: Donation
Featured Presenters 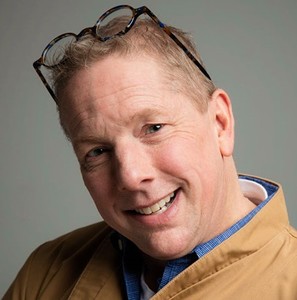 Principal, Dantasticfood INC.
Dan has over 15 years of experience working as a culinary stylist producing food images that have been key to company sales growth, innovative marketing, and brand image accentuation. Macey is one of the country’s leading culinary stylists. His work can be seen on national morning talk shows and national television commercials, as well as in cookbooks and on food packaging displayed on grocery retailers’ shelves. He is a sought-after speaker on food presentation and styling at seminars, and he has spoken at many food professional conferences. He also has an eye to the past as a way to prepare for the future and is actively involved in historic foodaway groups. He was recently one of the noted food authors who contributed to Savoring Gotham, a history of New York food published by Oxford University Press.
VIEW PROFILE 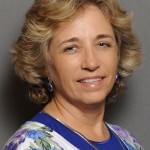 Executive Director, Alice Paul Institute
Executive Director Lucienne Beard has been active with API since 1994, first as a volunteer and a board member and from 2000-2007 as API’s Program Director, establishing the interpretive story for public visitation at Paulsdale and creating the Alice Paul Leadership Programs for girls. She has been the Executive Director at API since 2012. She has a BA in International Affairs from The George Washington University and an MA in American History from Rutgers University. Beard has served on the boards of the Girl Scouts, PA Museums, New Century Trust, and currently is Treasurer on the board of the National Collaborative for Women’s History Sites and a steering committee member for the Women’s Vote Centennial Initiative and a New Jersey delegate to the Vision 2020.
VIEW PROFILE
Hosted By