Imagining and attempting to create different and better futures is central to feminist, queer and anti-racist theories, methods and practices. This seminar presentation will focus on how glitter is involved in indicating the possibilities of the future. Glitter may seem an odd, niche or frivolous case to concentrate on; however, it is ubiquitous in contemporary culture – from concern about its environmental effects to its involvement in LGBTQ* glitter-bombing activism, to bodily practices of vagazzling and vagina glitter-bombing to its functioning in films to indicate the self-actualisation of young black and mixed-race women. It is also a prevalent and popular craft material, including in workshops that I have organised with teenage girls where we worked to imagine their futures. It thus demands to be taken seriously. While these examples are diverse, they all set in motion a plethora of politics which I understand in terms of the kinds of futures they imply. Most obviously are the environmental politics generated by fears for the future of the natural environment once glitter becomes waste, and the better futures that LGBTQ* political activism seek to create. Also important though, are the more prosaic ways in which glitter works to make the futures of young women ‘luminous’ (Kearney 2009) in popular culture and arts, which are political in terms of the everyday worldings they focus attention on. Drawing on new materialisms, feminist cultural theory and affect studies, the seminar hopes to explore some of these politics, focusing specifically on what they suggest for imagining and bringing new worlds into being. 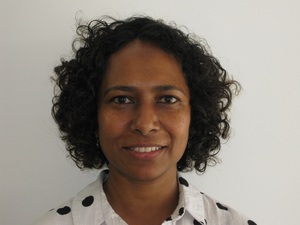 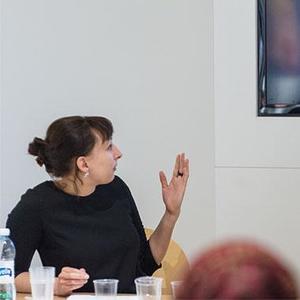 Dr
Rebecca Coleman is Reader in the Sociology Department, Goldsmiths, University of London, where she researches and teaches on visual and media culture, time (especially futures and presents), the body, affect, feminist theory and inventive methodologies. Recent publications include Glitterworlds: The Future Politics of a Ubiquitous Thing (2020, Goldsmiths Press), ‘Feminist New Materialist Practices’, a special issue of MAI (edited with Tara Page and Helen Palmer, 2019), and ‘Futures in Question’, a special issue of Sociological Review (edited with Richard Tutton, 2017). Her current research is on the mediation and lived experience of the present. A special issue of Media Theory, edited with Susanna Paasonen, on ‘Mediating Presents’ is forthcoming in 2020 (from research funded by the Leverhulme Trust) and a blog post on her collaborative research on Covid-19 and time is available on Discover Society: https://discoversociety.org/2020/09/15/a-day-at-a-time-a-research-agenda-to-grasp-the-everyday-experience-of-time-in-the-covid-19-pandemic/
VIEW PROFILE
Hosted By