Social interaction in language teacher education: what a corpus can and can’t tell us

Social interaction in language teacher education: what a corpus can and can’t tell us

In the research literature there has traditionally been a dearth of evidence-based accounts of English teacher education interaction (ELTE). Although we have moved some way forward, it is still true to say that although language teacher education is much done, it is little studied (Hammadou 1993, Freeman and Johnson 1998), and ‘for many reasons, there has tended to be very little substantial research in teacher education, both in education generally and in the field of language teaching’ (Freeman 2001:74). Even more compelling is the fact that the discourses and interactions of ELTE are studied by few, in a context where language is not only the product but also the processing tool through which teachers become educated. This is especially true of reflective practice activities (Mann and Walsh 2017). The research into interaction that has been conducted tends to be largely qualitative, with very little based on robust corpora. This paper makes the case for exploiting larger amounts of relevant data through computational techniques, to complement qualitative accounts which draw on methodologies such as linguistic ethnography, discourse analysis etc. It does so by reporting some specific evidence-based accounts of the spoken and written discourse of experienced language teacher educators and student teachers, using the Teacher Education Corpus (TEC, as reported in Farr et al. 2019). It will begin with an exploration of some statistically significant insights into the discourse through an examination of multi-word and n-gram keywords, along with some associated collocations. This provides an ariel view of the data at a macro-level before focusing more specifically on two exemplars in the form of insights into identity construction and reflection among the participants. Some of the limitations of corpus-based methodologies will also weave their way through this presentation. This research emanates from the firm belief that in ELTE scholarship is a ‘unity of theory and practice – praxis – in which theory guides practice while practice shapes theory’ (Golombek and Johnson, 2019: 25). 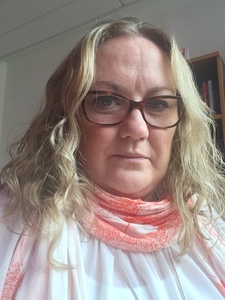 Professor
Fiona Farr is associate professor of applied linguistics and TESOL in the School of Modern Languages and Applied Linguistics at the University of Limerick, Ireland. She is also Director of the CALS (Centre for Applied Language Studies) research centre, and Research Director in MLAL. Her key areas of expertise are teacher education, reflective practice, continuous professional development, applied corpus linguistics, and technology-enhanced language learning. She has published widely in high impact journals in her field and is author of Teaching Practice Feedback: an investigation of spoken and written modes (2011, Routledge) and Practice in TESOL (2015, Edinburgh University Press). Her recent book Social Interaction in Language Teacher Education (with Angela Farrell and Elaine Riordan) was published in 2019, and in 2022 her new co-authored book (with Angela Farrell) The Reflective Cycle of the Teaching Practicum will be published. She is co-editor (with Bróna Murphy) of the EUP Textbooks in TESOL Series, and is Associate Editor of the Journal Second Language Teacher Education. She is also co-editor (with Liam Murray) of the Routledge Handbook of Language Learning and Technology (2016). She has been Visiting Research Scholar at Lancaster University where she was part of a large ESRC-funded research project �Corpus Approaches to Social Science'. She has also led a large-scale national project funded by the National Forum for the Enhancement of Teaching and Learning on 'Enhancing Digital Literacies for Language Learning and Teaching' (2016-2017). She is currently part of the project team for the EU-funded Shout4HE project, led by Cardiff Met University.
VIEW PROFILE
Hosted By