Director of Savings Research
Paul Curley is Director of Savings Research at ISS Market Intelligence, where he oversees data, research, consulting and events on 529 savings plans, 529 prepaid plans and ABLE accounts for institutional clients. He is also the Editor of the 529 Dash e-newsletter and 529 Insiders website for advisors, accountants and estate planners.
VIEW PROFILE

Managing Consultant
Chris Stack, Esq. Managing Consultant, Savingforcollege.com, is a nationally recognized 529 authority and experienced in educational finance. An attorney for over 25 years, licensed in New York & Pennsylvania, Chris has experience in finance, investments and law relating to tax-advantaged products, including Section 529, since it became federal law in 1996. As a partner at a major New York law firm, he advocated to his state clients the benefits of 529 programs and beginning in 1997 served as the principal or participating author for a number of states’ legislation establishing 529 programs. He assisted several states implement their 529 saving programs which now service over $15B in assets. He has been leading Savingforcollege.com LLC consulting and educational services since 2001. He is intimately familiar with the provisions of Section 529 itself, as well as the various state programs. Currently, Chris advises and consults with states and investment companies, and presents nationally to employers, financial advisors, accountants, attorneys and actual investors on 529 plans. Chris is a graduate of Fordham College and Fordham University School of Law, located in New York City. He has participated in 529 programs for his two boys since 1997.
VIEW PROFILE 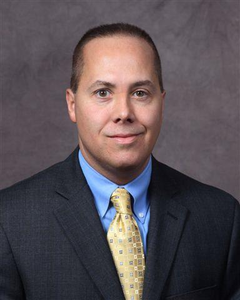 Head of Education Savings Programs, Past Chair
Head of Education Savings Programs, Past Chair, Bank of America Merrill, College Savings Foundation
Richard Polimeni is Head of Education Savings Programs for Bank of America. In this role, Richard is responsible for managing Bank of America’s $15 billion 529 College Savings business. Bank of America is one of the largest distributors of 529 plans to consumers and is the program manager for one of the country’s largest 529 plans, Maine’s NextGen Plan, as well as the distributor of 18 other state 529 programs.
Richard is also the former Chair of the College Savings Foundation (CSF), a leading nonprofit helping American families save for higher education. Previously, he served in other leadership roles on the CSF Executive Committee as both Vice Chair and Secretary. Additionally, Richard has contributed to the organization over the years as Co-Chair of the Membership Committee, the Conference Committee, and the Media Committee.
Richard is frequently quoted in articles related to education savings and legislative issues. He has also appeared on various TV and radio programs, including such programs as Fox Business Radio (Saving Your Money), Money Sense Radio, Business for Breakfast, Real Wealth Radio, and CBS (Mottek on Money), among others.
During his more than 30 years of financial services industry experience, Richard has held various sales, marketing, operational, and management positions supporting retirement and education savings products.
Prior to joining Bank of America in 2002, Richard spent 15 years with Smith Barney/Citigroup where he helped launch two of the country’s first 529 college savings programs for the states of Colorado (Scholars Choice in 1999) and Illinois (Bright Start in 2000).
Richard is Series 7, 63, 66 and 53 registered (Municipal Securities Principal) and earned a degree in Business Management from Brookdale College.
VIEW PROFILE 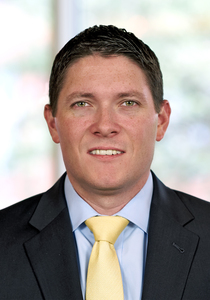 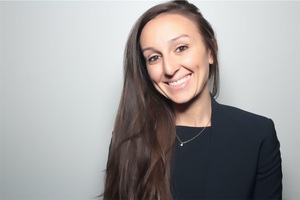 Executive Director, Product Development Manager
Jennifer Tierney joined Morgan Stanley Wealth Management in November 2013 as a 529 Product Manager. In her current role, she is responsible for product and platform development for the 529 college savings business. Previously, Jennifer was with AllianceBernstein Investments for 8 years. From July 2010 to November 2013, Jennifer was a 529 Product Manager responsible for management of projects relating to the promotion, support and maintenance of the firm’s $7+ billion 529 college savings business.
VIEW PROFILE 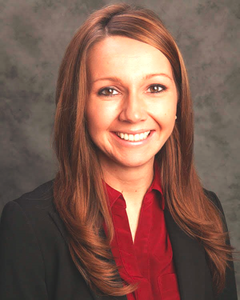 Product Manager, Managed Investments
Brea Tabernik is a Product Manager within the Managed Investments Group. In this role, Brea has relationship management responsibilities for several key product partners and holds product management responsibilities, including managing prod-uct supply, driving innovation and conducting ongoing risk analysis efforts. Brea is also the 529 Plans stakeholder, leading efforts to support and evolve the current offerings at Edward Jones. Brea is an active participant in the Women’s Business Resource Group as well as the “Let’s Do Lunch” Broadcast Planning Committee, focused on supporting team members in development and career interests.
Brea began her financial services career in 2006 at Stifel Nicolaus, where she worked in their Consulting Services Group as an Advisory Product Analyst, focused on due diligence and program management in relation to separately managed ac-counts. She joined Wells Fargo Advisors (WFA) in 2012, where she most recently served as Vice President of Product Marketing. In this role, Brea lead a team charged with oversight of value add materials creation, compliance approvals and ongoing strategy to support firm objectives. Prior to this role, she worked as a Sen-ior Relationship Manager for WFA, with oversight of over 40 asset management firms as it related to day to day business development, contract negotiation, follow-ing protocol and understanding organizational structure and products.
Brea is an active volunteer with St. Paul Catholic Church and School in Fenton, MO, and she is also engaged in Foster and Adoptive Care Coalition of St. Louis, where she served as an Auxiliary Board Member from 2016 to 2019. Brea earned a BBA in Marketing from McKendree University in 2005, and she also holds her FINRA Series 7, 66 and 24 licenses.
Brea lives in St. Louis, MO with her husband Paul and their two children, Nora (4) and Liam (1).
VIEW PROFILE
Hosted By