Over the last 20 years, aerial firefighting with helicopters has advanced significantly because of pioneering efforts by the Los Angeles County Fire Department (LACoFD) for successful wildland fire suppression using its S-70A FIREHAWK aircraft.

Town Hall attendees will learn:
• how Sikorsky in collaboration with United Rotorcraft, a division of Air Methods, has evolved the FIREHAWK helicopter to meet the needs of 21st century wildland firefighters
• how fire chiefs and pilots are taking advantage of the new generation S-70i model’s improved engine power, greater maneuverability and lift at high altitudes, reduced pilot workload, and a newly-designed 1,000-gallon (3,785-liter) external water tank to attack wildland fires more safely and effectively
• why the FIREHAWK aircraft’s military (Black Hawk) design and construction is a pre-requisite for reliable and safe aerial firefighting
• how the FIREHAWK aircraft remains a versatile multi-role platform for year-round use, and a highly credible long-term investment. 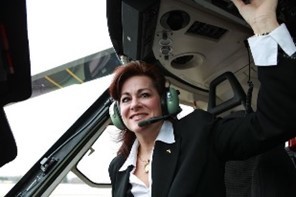 Vice President, Worldwide Strategy & Business Development Commercial Systems & Services - Sikorsky, A Lockheed Martin Company
Jeanette has a diverse portfolio of experiences over 32 years, including 22 years with Sikorsky, and 10 years with Bell, spanning Engineering, Manufacturing, Program Management, Customer Support, Marketing and Sales in support of Commercial and Military rotorcraft and has driven Sikorsky into the firefighting market. As an engineer and program manager, she was involved in the original FIREHAWK design concept and production in the late 90s with LA County. Jeanette is an accomplished commercial instrument fixed wing pilot and commercial helicopter pilot which provided her valuable operational experience in understanding customer mission requirements.
VIEW PROFILE 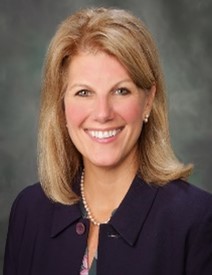 Director, Civil Programs Civil and Regulatory Affairs - Sikorsky, A Lockheed Martin Company
Kim Lowry is Director for Civil Programs with Civil and Regulatory Affairs at Lockheed Martin Corporation’s Government Operations Office located in Arlington, Virginia. In this capacity, Kim is responsible for working with customers outside of the Department of Defense, NASA and NOAA.

Director, Aircraft Sales Business Development - Sikorsky, A Lockheed Martin Company
As a dual rated FW & RW pilot, Dave Peterson has been flying and selling aircraft almost his entire career. Flying since 1978, Dave has flown a wide range of aircraft and missions with particular expertise in tactical operations, firefighting, HEMS and corporate VIP. Over the past 11 years, Dave has enjoyed continued success working for Sikorsky Aircraft as a Sales Director, where his territories were primarily in South Central, Northeast & Southeast Asia, as well as Australia and New Zealand.
VIEW PROFILE 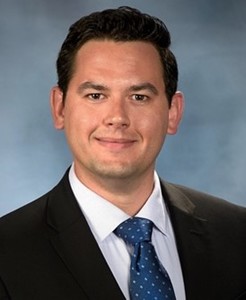 Dan has 17 years of experience in Aerospace and Defense working on technology advancements for satellites, submarines, hypersonic weapons, and artificial intelligence.
VIEW PROFILE 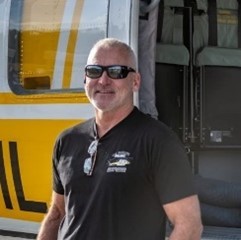 Chief of Aviation Maintenance - Los Angeles County Fire Department
Chief Blumenthal has lived his entire life in sunny southern California and is a life-long resident of Los Angeles County. Twenty-seven years ago, he received his FAA A&P aviation mechanic’s license. Initially Dennis worked for helicopter heavy-lift operations involved with heavy external load construction, as well as heli-logging, so he has been working on large, hard-working helicopters most of his life.
Dennis has now been with the LA County Fire Department, Air Operations Section, for the past 22 years, where he has served in the maintenance of the helicopter fleet.
VIEW PROFILE 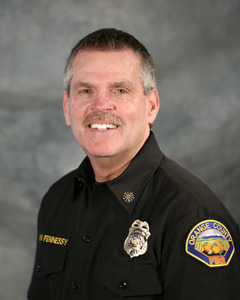 Chief Fennessy began his career in 1978 with the US Department of Agriculture’s United States Forest Service and the US Department of Interior’s Bureau of Land Management working as a hotshot crewmember, hotshot/helishot/helitack captain and ultimately crew superintendent.

In 1990, Fennessy joined the San Diego Fire-Rescue Department (SDFD) and ultimately became Chief of Department in 2015. One of his many accomplishments while with the SDFD was his developing & establishing a multi-mission Fire/Rescue/EMS helicopter program designed to serve the citizens of the City of San Diego and the region.

Chief Fennessy has enjoyed a diversity of executive leadership and management experiences in both the wildland fire and metropolitan fire service communities. He believes that Mission-Driven Culture (MDC) is the future of the fire service and has presented on this topic at a variety of local, state and national venues.

Chief Fennessy is currently a member of the International Association of Fire Chiefs (IAFC) Wildland Fire Policy Committee, serves as Sponsoring Agency Chiefs Representative for the nine (9) Western Division FEMA Urban Search & Rescue (US&R) Task Forces, is current Chair of the California Metropolitan Fire Chiefs Association, and as the Chair of the FIRESCOPE Board of Directors, is Advisor to the Director of the California Governor’s Office of Emergency Services (Cal OES).
VIEW PROFILE

Battalion Chief Aviation - Los Angeles County Fire Department
Battalion Chief Rob Gaylor is a 30-year veteran of the Los Angeles County Fire Department. Rob spent the first 13 years of his career at the rank of firefighter paramedic working the inner cities of LA County. For the past 17 years, Battalion Chief Gaylor has been assigned to the Air and Wildland Division. Starting as a crew foreman running California Department of Corrections hand crews. Later, moving to a paid hand crew where he led a fly crew operating on the Firehawk.
VIEW PROFILE 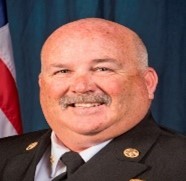 Gary has always been interested in Wildland Firefighting and has been qualified in numerous ground-based and aerial positions. He has been on a Federal Incident Management Team since 2008 as an Air Tactical Group Supervisor.  When Gary became a Battalion Chief, he assumed responsibility for the Wildland Fire & Aviation Division.
VIEW PROFILE 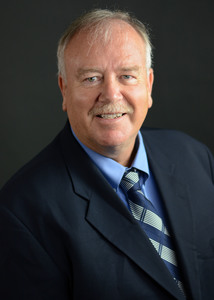 Fire Program Manager, International Association of Fire Chiefs
Richard Miller has over 43 years of experience in the fire service industry as a career and volunteer firefighter and now as a Fire Service Program Manager for the Firefighter Safety Research Center at the IAFC. He has held the positions from Firefighter to Training Officer for the City of Fairfax Fire Department in Virginia. His goal is to provide knowledgeable factual information to the fire service industry to meet a diverse community by established leadership, that meets the needs of the leading Fire Chiefs.
VIEW PROFILE

The International Association of Fire Chiefs represents the leadership of over 1.2 million firefighters and emergency responders. IAFC members are the world's leading experts in firefighting, emergency medical services, terrorism response, hazardous materials spills, natural disasters, search and rescue, and public safety legislation. Since 1873, the IAFC has provided a forum for its members to exchange ideas and uncover the latest products and services available to first responders.
VIEW CHANNEL CONTACT
Attended (65) View all
Recommended
All International Association of Fire Chiefs webinars
Powered by BigMarker