Fire-Rescue Med is the ONLY fire-based EMS conference addressing the issues impacting today’s leaders. Attendees turn to FRM for the education and training they need to stay ahead on today’s tough issues, including current events and changes in fire-based EMS. Nowhere else will you find experienced veterans and rising stars working together on concepts that impact the future of the industry.

Year after year we incorporate new education sessions dealing with today's hot topics. Bring the whole crew and join us at FRM! 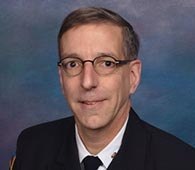 Mike McEvoy is the Chief of EMS for Saratoga County, New York, the Chief Medical Officer
for the West Crescent Fire Department and a nurse clinician in the cardiac surgical ICU at
Albany Medical Center where he also teaches critical care medicine. He was appointed to a
vacancy on the EMS Section Executive Committee in 2013, elected secretary of the section in
2014, elected chair of the Section in 2016 and again in 2019. He has been a member of IAFC
since 2007.
VIEW PROFILE 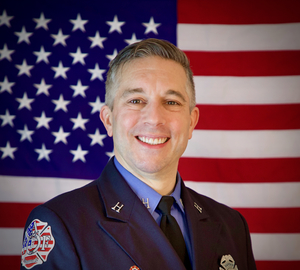 Captain, Ridgefield (CT) Fire Department
Rom Duckworth is a dedicated emergency responder, author, and educator with more than thirty years of experience working in career and volunteer fire departments, hospital healthcare systems, and private emergency medical services. A former volunteer chief officer, Rom is currently a career fire captain and paramedic EMS Coordinator for Ridgefield (CT) Fire Department and Founder of the New England Center for Rescue and Emergency Medicine. A member of numerous national advocacy, and advisory boards, author of chapters in more than a dozen EMS, fire, rescue, and medical textbooks as well as over 100 published articles in fire and EMS journals, magazines, and websites Rom is an international leader in emergency services education.
VIEW PROFILE 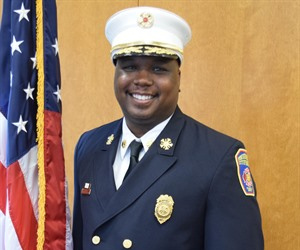 Fire Chief, Oakland (CA) Fire Department
Chief Freeman serves the City of Oakland, CA Fire Department as its 37th Fire Chief and previously served the City of Hartford, CT as its 37th Fire Chief as well leading them to international accreditation and maintaining their ISO Class 1 designation. Chief Freeman holds a Masters degree in Executive Fire Service Leadership, a Bachelors degree in Leadership and is a Harvard Fellow. Lastly, Chief Freeman serves on the Board of Directors for NFPA and the Center for Public Safety Excellence, Inc.
VIEW PROFILE 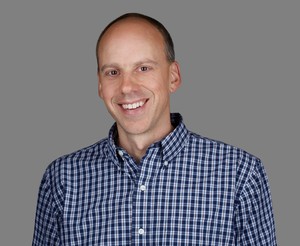 Editorial Director, Lexipol
Greg Friese, MS, NRP, is the Lexipol Editorial Director, leading the efforts of the editorial team on Police1, FireRescue1, Corrections1 and EMS1. Greg served as the EMS1 editor-in-chief for five years. He has a bachelor's degree from the University of Wisconsin-Madison and a master's degree from the University of Idaho. He is an educator, author, national registry paramedic since 2005, and a long-distance runner. Greg was a 2010 recipient of the EMS 10 Award for innovation.
VIEW PROFILE 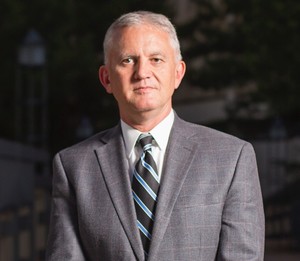 Director, Prehospital and Disaster Medicine - Emory University School of Medicine
Dr. Isakov is a Professor of Emergency Medicine at Emory University School of Medicine and the director of Emory’s Section of Prehospital and Disaster Medicine. He also currently serves as the medical director for the Georgia Office of EMS and Trauma. Dr. Isakov is on the American College of Emergency Physicians Epidemic Expert Panel. He is the EMS lead for the National Emerging Special Pathogens Training and Education Center (NETEC) and is a designated Subject Matter Expert for ASPR TRACIE, with whom he led the development of the EMS Infectious Disease Playbook. He is the medical director for the Emory-Grady EMS Biosafety Transport Program. Dr. Isakov has an MD from the University of Pittsburgh and an MPH from Boston University. He completed his residency training at the University of Massachusetts Medical Center and his EMS fellowship with Boston EMS. Dr. Isakov practices clinically in the emergency department of Emory University Hospital in Atlanta, GA.
VIEW PROFILE 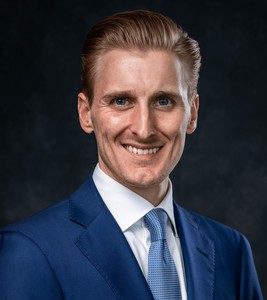 Thomas’ areas of expertise include risk management, stakeholder relations, financial analysis, system design, operations and technology optimization, data and strategic analysis and public affairs. Prior to joining the firm, he served in progressively responsible leadership roles including as a Manager of Operations for American Medical Response, the largest ambulance service provider in North America. He also provided consulting, risk evaluations, strategic planning and leadership in a number of markets for mergers and startups. He earned a Bachelor of Science in Management from the University of Alabama at Birmingham. He is a graduate of the Ambulance Service Manager program and was the recipient of the Jerry Love Leadership Award. He continues to maintain his Paramedic certification with the NREMT.
VIEW PROFILE 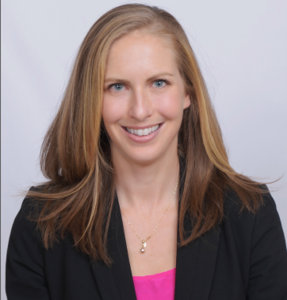 Associate Manager, Public Consulting Group
Megan Morris Associate Manager at Public Consulting Group LLC Ms. Morris has more than a decade of policy development and implementation experience with a focus on health and Medicaid based programs. At Public Consulting Group, Ms. Morris has coordinated all stages of EMS Medicaid supplemental payment programs, including initial development and planning, managing project timelines, and analyzing and evaluating completed Medicaid financial reports. She is a certified Project Management Professional (PMP) who currently supports nine fire and EMS departments across the country in establishing and participating in EMS supplemental payment programs. Over the last five years, she has completed reports on behalf of EMS providers in New York, Florida, Washington and the District of Columbia and helped to ensure all state and federal reporting requirements are met. Megan graduated from Emory University’s Goizueta Business School with a Bachelors in Business Administration (BBA), and received her Master of Public Administration (MPA) from the University at Albany’s Rockefeller College of Public Affairs and Policy.
VIEW PROFILE 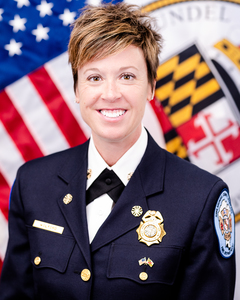 In 2017, Chief Wolford joined the Spokane Fire Department as the Assistant Fire Chief overseeing full operations of the department. She directly supervised Deputy Chiefs managing Operations, Training, Support Services, Human Resources, and the Fire Marshal Division. On January 28, 2019, she returned to Anne Arundel County to fulfill her dream of becoming Fire Chief in her home department.

Chief Wolford received her Bachelor’s Degree from Shepherd University in Shepherdstown, WV and a Master’s Degree in Management and Organizational Leadership from Western Governor’s University. She is currently enrolled in an MBA program with an expected graduation in 2021. She received her Paramedic certification from Anne Arundel Community College in 2009 and continues to be a Nationally Registered Paramedic. She is a graduate of the Executive Fire Officer Program at the National Fire Academy and a graduate of the IAFC’s Fire Service Executive Development Institute (FSEDI) and holds a CFO and CFM designation from the Center for Public Safety Excellence (CPSE). Chief Wolford is the Alternate Board Member for the IAFC Metro Chiefs Section Executive Board, member of the International Association of Fire Chiefs Human Relations Committee and Chair of the Professional Development Committee.
VIEW PROFILE 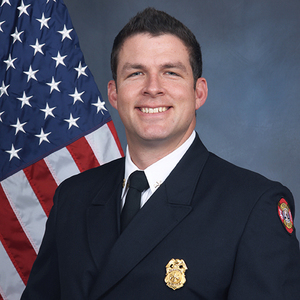 Division Chief, St. Petersburg (FL) Fire Rescue
Chief Womack has over 22 years of experience in the fire and emergency services and is currently serving as a Division Chief for St. Petersburg Fire Rescue where he oversees the Metro Department’s EMS operations. Ian has served in multiple roles within the profession where he has successfully managed cutting edge program development. These programs blended fiscal challenges with increased responder safety and operational efficiencies that subsequently improved performance. His detailed knowledge and implementation experience in this complex field has led to many national speaking engagements in addition to serving as a delegate to the TAMPA2 event. Ian has also helped multiple urban agencies develop standards of cover, strategic plans, and deployment strategies that employed cutting edge best practice.

The International Association of Fire Chiefs represents the leadership of over 1.2 million firefighters and emergency responders. IAFC members are the world's leading experts in firefighting, emergency medical services, terrorism response, hazardous materials spills, natural disasters, search and rescue, and public safety legislation. Since 1873, the IAFC has provided a forum for its members to exchange ideas and uncover the latest products and services available to first responders.
VIEW CHANNEL CONTACT
Attended (192) View all
Recommended
All International Association of Fire Chiefs webinars
Powered by BigMarker